This year is one to forget, but it could lay the foundation for an exciting decade of new opportunities and technology adoption 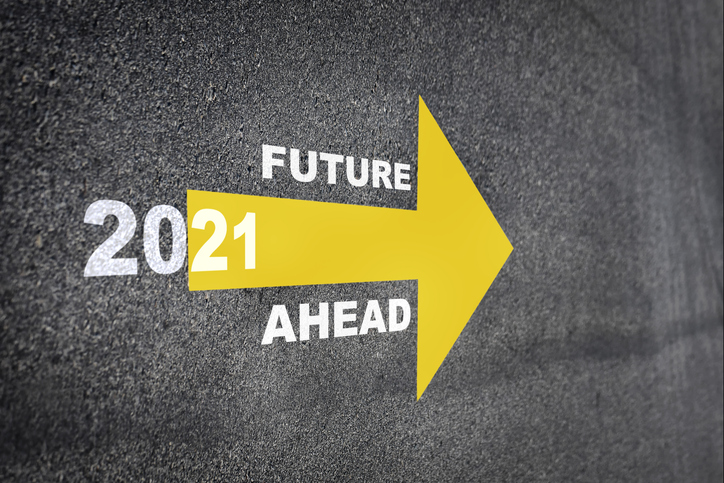 This year was tough for everyone, but metal fabricators proved how essential they were to a functioning society. The rest of the 2020s promises to be exciting for U.S. manufacturing. Getty Images

The FABRICATOR and Fabricators & Manufacturers Association celebrated their 50th anniversaries this year, and needless to say, our timing stinks. It's hard to be joyous about the occasion when the very act of blowing out some candles on a cake can be viewed as a threat to someone's health. Such is life in the pandemic era.

But we also learned about the phrase "essential personnel" this year, and for the most part, it's hard to argue that metal fabricators don't fall into that category. When the world needed ventilators, beds for temporary hospitals, and hand sanitization stations at the very beginning of the COVID-19 crisis, metal fabricators stepped up and worked their wizardry to deliver their parts and assemblies in record times. Even as we cope with life in the midst of this pandemic, metal fabricators are making it easier by building the racking systems that support the servers that act as the backbone of virtual work environments, fabricating the tubes used in home exercise equipment because the gyms are closed, and supplying that shelf at the local sandwich shop where patrons pick up their to-go orders. Metal fabricators are making a difference when they are needed most.

In early November the Institute for Supply Management reported that its index of national factory activity increased to a reading of 59.3 for October. That was the highest mark since November 2018 and improved the September reading of 55.4. (Anything above 50 indicates expansion in manufacturing.) Economists suggest that results were a reflection of manufacturers ramping up production for goods that are needed as a result of more people working and schooling at home, and even though it may be difficult to sustain the same level of manufacturing exuberance in the coming months, companies still have plenty of opportunities awaiting them.

So much like the 2010s, which began in the wake of the Great Recession but ultimately had the longest economic expansion on record, the 2020s may yet be another golden decade for metal fabricators. The hints are hard to ignore.

Life will forever be altered post-pandemic. Embarrassingly enough, I thought about this when I saw some of the new fast-food restaurant concepts being floated now. These restaurants of the future will have little to no seating, focusing rather on drive-thru lanes. People, whether ordering a Whopper or the week's groceries, are using apps and then picking up their order. That turns the world of customer interaction on its head and likely calls for a new infrastructure to support it. Metal fabricators will deliver that new reality.

Advanced manufacturing technology will give fabricators new opportunities much more rapidly. Collaborative robots will become more common sights as they sit in front of press brakes and in welding cells. They can be programmed and deployed quickly for tasks deemed too mundane or too repetitious for humans, allowing employers to assign their more talented personnel to more important projects. The lack of skilled labor becomes less important because automation can fill the gap in some instances.

Manufacturing will become more of a destination job than a fallback. Parents are skeptical of paying top dollar for a college education with no real job prospects to follow, and young people have less of a desire to pile up huge college debt. Manufacturing offers the chance to learn a skill and get paid while doing it. In the right situation, a person can actually get reimbursed for his or her college courses while working. Manufacturers just need to do a better job of letting the public know about career opportunities. There’s a receptive audience waiting.

Of course, we all have to work our way through the current crisis that we face. Large numbers of people remain unemployed, and entire economic segments, such as the travel and restaurant industries, can't return to full vibrancy until a vaccine has been widely administered and that most are willing to take. But when life returns to some sort of normal, which it will, manufacturing is poised to take off as the U.S. embarks on another economic expansion.

Metal fabricators will help us to get to that point and beyond. It's going to be an exciting decade. Let's just hope the 60th anniversary year is an enjoyable one.