The OPEC+ crisis sent oil prices lurching as the cartel left the market wondering whether supply will rise or fall. 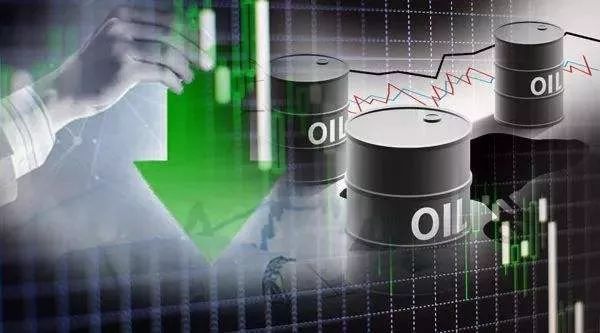 Crude jumped briefly to the highest in more than six years in New York after a bitter fight between Saudi Arabia and the United Arab Emirates blocked a production increase. Within hours, the rally had turned into a rout as traders speculated that the breakdown of talks could ultimately result in higher oil supplies.

In particular, there was evidence that U.S. shale producers, the nemesis of OPEC+, had taken advantage of the initial rally to lock in the price of their future output, according to bankers and oil executives.

The gyrations showed how the cartel’s internal rifts threaten the stability of the global economic recovery amid concerns about inflation, and tarnished the group’s self-image as a reliable steward of the oil market.

“Lots of uncertainty is lying ahead,” said Tamas Varga, an analyst at PVM Oil Associates Ltd. “This will lead to increased volatility.”

After several days of tense talks, the Organization of Petroleum Exporting Countries and its allies abandoned their Monday meeting. A disagreement over how to measure production cuts upended a tentative deal to boost output and swiftly deteriorated into an unusually personal and public spat between Saudi Arabia and the UAE.

The last time those two countries clashed over oil policy, in December 2020, the UAE floated the idea of leaving the cartel. That dispute ended in a truce, but the breakdown in negotiations this time around was so severe that the group couldn’t even agree on a date for its next meeting.

The immediate consequence of the collapse in talks is that the output hike expected for August won’t take place, leaving the market short of barrels just as the global economy recovers from the Covid-19 pandemic. On Tuesday, state-run Saudi Aramco increased the prices of its Arab Light crude and other grades in August.

Over the medium term, the split could potentially have the opposite effect, bringing lower prices as countries jockey for position and start pumping more.

“I think if you have 23 oil-producing countries that are party to an agreement, and that agreement isn’t extended, and the price of crude is in the mid-$70s, that’s an engraved invitation to overproduce,” said Tom Finlon of Brownsville GTR LLC, a trading and logistics firm based in Houston.

A crude price of about $75 a barrel will also be very tempting for U.S. shale producers, JPMorgan’s Head of Oil & Gas Research Christyan Malek said in a Bloomberg TV interview.

West Texas Intermediate crude initially rose, hitting a six-year high of $76.98 a barrel, but later slumped as low as $73.24 a barrel.

Major consumers were paying attention to the cartel’s failure. Within hours, the administration of U.S President Joe Biden urged the group to get its act together. Saudi Aramco’s price increases for U.S. customers were much smaller than those to buyers in Asia.

The White House is “closely monitoring the OPEC+ negotiations and their impact on the global economic recovery,” a spokesperson said. “Administration officials have been engaged with relevant capitals to urge a compromise solution that will allow proposed production increases to move forward.”

In this regard, the Americans may find allies within the cartel.

The main proponent in OPEC+ for opening the taps has been Russia. Its companies are keen to boost output, while rising domestic gasoline prices are an issue of growing importance before the parliamentary elections in September.

Moscow’s failure to secure its desired production increase was a rare setback for Deputy Prime Minister Alexander Novak, one of the architects of the OPEC+ alliance. He made no public comment after the cancellation of Monday’s meeting, but has every incentive to continue working behind the scenes to find a resolution.

Iraq’s Oil Minister Ihsan Abdul Jabbar said he hopes to “witness a date” within the next 10 days for another OPEC+ meeting, which should be able to reach a deal that satisfies everyone. In the meantime, he expects members will continue to honor their existing production quotas, and said the impact on prices will be temporary.

“The market was expecting a small addition in the coming months, the delay in the agreement led to this slight rise in oil prices,” Jabbar said in a phone interview. “Prices may come down if OPEC agrees to raise exports.